An interview with our alumna Kat 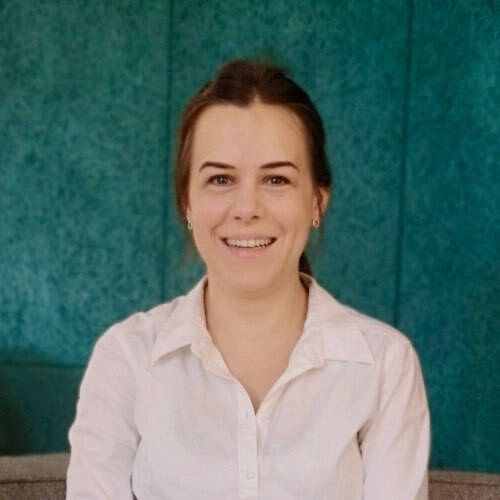 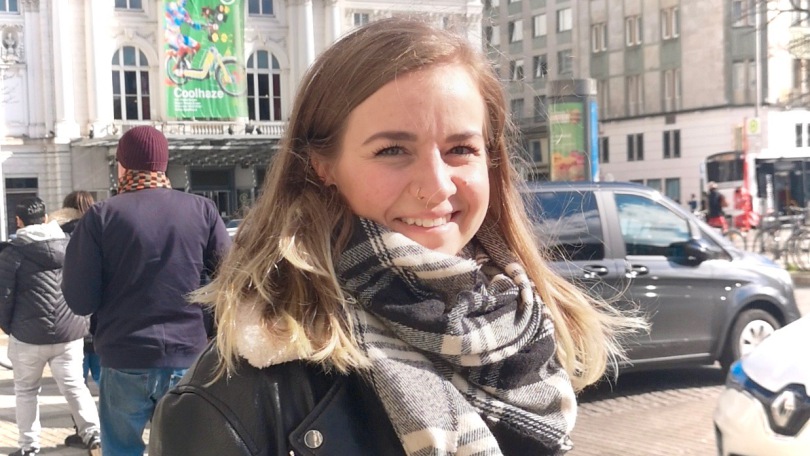 Kat is one of the first graduates of the Full-Stack Web Development course at Hamburg Coding School. She has completed the course program almost a year ago. I met Kat for lunch to find out how she has been doing since then. I wanted to hear more about her personal experience with the Coding School and how the job-seeking worked out after graduation.

It’s lunchtime and we meet at Hamburg Hauptbahnhof, as Kat’s workplace is just around the corner. It is one of the first sunny spring days this year and we enjoy the warm sunshine. We decide to have lunch at the Asian restaurant and are happy to get there before the big rush starts.

She currently works as a junior developer at Ubilabs. She proudly reports that the probation period has just finished. Her career started after completing our Full-Stack program, and I am here to hear how well our course program prepared her for the new job position.

She tells me that the 6 months of taking our courses definitely taught her the fundamentals of web development. She describes this as the most valuable aspect that helps her on a day-to-day basis: she has understood how to think like a programmer and how the basic mechanics of web development work. At her job, she’s adding extra knowledge “on top of all that”.

What helped her a lot from the beginning was the additional workshops of the course program. For example, having covered tools like Git and GitHub has helped her getting started at the new job. She describes them as everyday tools that you don’t get exposed to if you are just learning a programming language.

One of the things she liked best about Hamburg Coding School was the fact that all the teachers are developers themselves. This means they can tell you anecdotes and insights about the day-to-day life as a programmer. She finds this point a clear advantage, especially compared to studying from books, which can be outdated quickly.

In the beginning, she said, she was afraid that it might be difficult to find a job as a developer after the course program. Nevertheless, after her graduation she started applying for jobs at different companies and was invited for job interviews. In the end she chose Ubilabs as the workplace she liked most. She got referred there by one of her lecturers who is employed there as a developer himself. 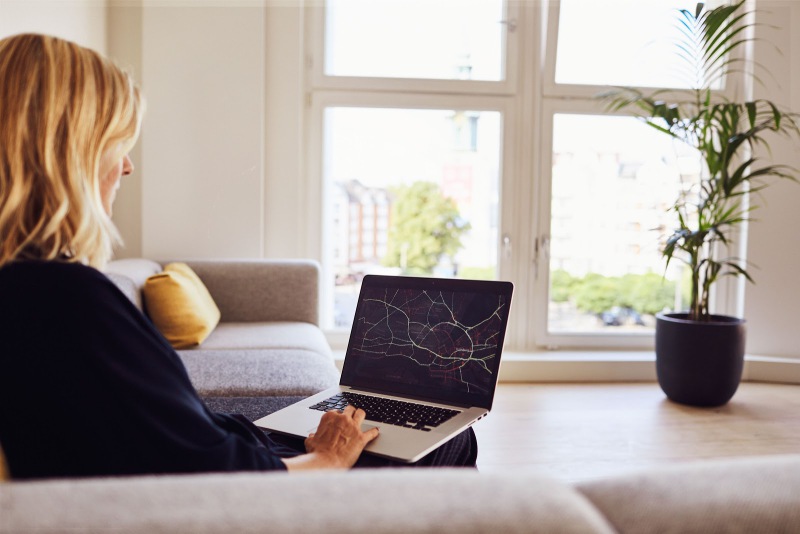 Even though Kat works a lot with React at Ubilabs and this library was not included in the course program at the time, she says she felt well prepared for the job. That’s mainly because she had learned to work with Vue in the course, which works pretty much the same way, making it easier for her to get started. She says she doesn’t see it as a disadvantage starting at a company that doesn’t use Vue. Quite the opposite: she sees it as an advantage that she can learn a new framework, on top of the basic knowledge that she has acquired in the course.

I wanted to learn more about how Kat’s professional life looks like today. She says that the working day generally starts with a stand-up meeting. The team meets and everyone talks about how the previous day went, what they dealt with, and what they are working on today. That way, everyone on the team stays up to date. In addition, project meetings take place in between to discuss the current status and possible requests of customers.

Like most programmers, Kat’s work is organized in projects. Often, it is about problems that need fixing. For the first months, Kat always has a developer as a mentor at her side, who is assigned to her and answers her questions.

This is an important aspect for her because she describes completing the Full-Stack course program as learning a language: Just because she has taken the introductory course, she can’t yet speak the language fluently. Working with a mentor helps her in a lot of different ways, continuously teaching her how to solve the problems they face. Because in this kind of work, everyone has a different approach and there is no universal right way. And of course this work requires her to use her own mind, thinking of possible solutions, trying to solve the puzzle – exactly what she likes to do. 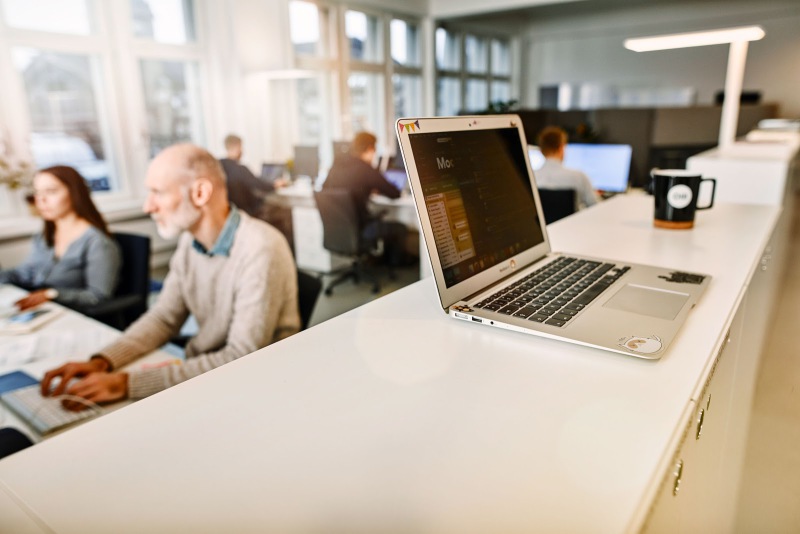 It wasn’t always as clear for her where her career should go. She had to take some detours to find the right path. After school, Kat did not have any particular career plan in mind. Even though she did have an interest in learning web design, she never found an internship, so she eventually gave up on the idea.

Somewhere along her search, she was told that an office job was good and safe, so she enrolled for an apprenticeship as an office clerk. While working in this field, she realized she was more attracted towards solving technical problems and enrolled for a distance learning course. After completion, she realized that this wasn’t enough to start a career in that field, and she started searching for better options. This was when she came across Hamburg Coding School.

Now being almost 30 years old, she is finally doing what she always wanted to do and is very happy to have gone this way. She has never felt too old to learn something new or to change something in her life. Finding a program that she can do while still staying at her job was extremely important for her to maintain her standard of living.

Even though she sometimes found it quite exhausting to do extra hours after work, listening and studying for several hours in the evening, she realized that this would only be a very short phase in her life and that it would be absolutely worthwhile. 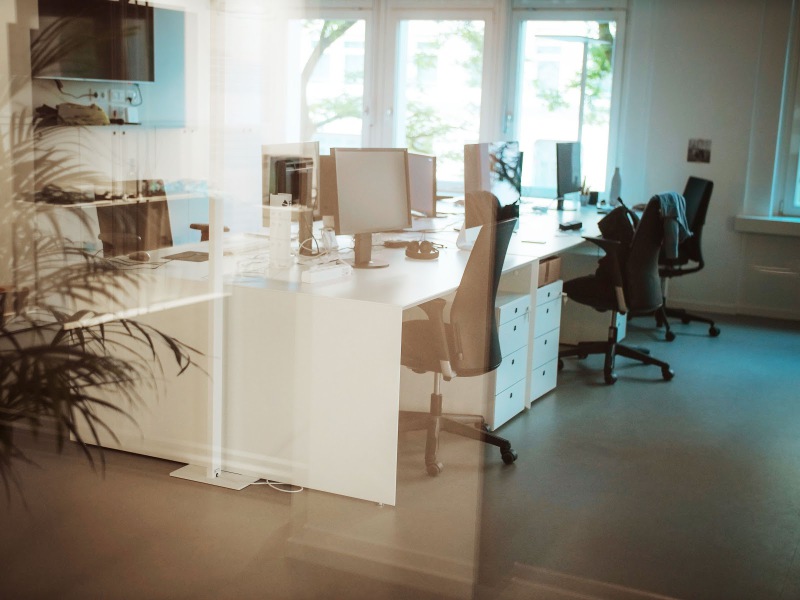 Today she can’t imagine spending a minimum of eight hours a day doing work she doesn’t enjoy. Smiling, she tells me how much she is learning every day and how you always have to stay up-to-date as a developer. And she emphasizes once again: when going into programming, you should be willing to continuously improve yourself.

When I asked if there is anything now that is worse compared to her old job, she can’t seem to find an answer. As far as the Full-Stack Program is concerned, she remembers that she would have liked to learn even more in some places, but that the time did not allow it.

In the end, the important aspect for Kat is that the whole “work package” now suits her much better: She does what she likes, the salary is right, and she could choose an employer she liked. In addition, now even the commute to work is shorter.

I asked Kat for a final conclusion on the Full-Stack Program and the resulting opportunities for graduates. We talk again about the motivation which is absolutely necessary for doing the course. Going through this quite intense time period eventually paid off immensely, changing her life to the better.

She says that she generally recommends the course program to people who want to continue their education while working full-time – if you want to change jobs, but training or full-time studies are out of the question.
She would definitely choose this path again. 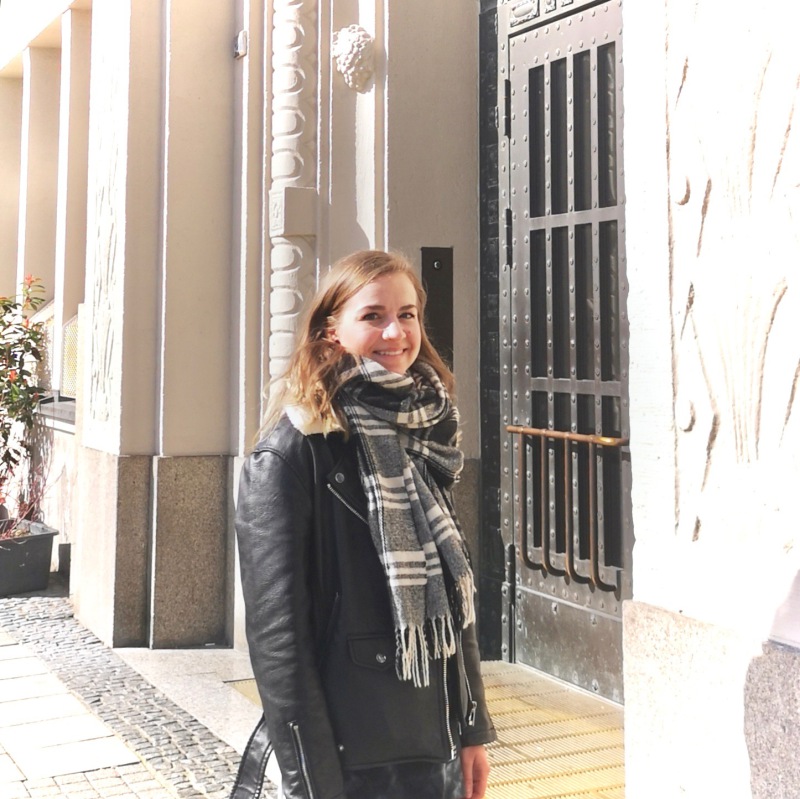 📸 Pictured by Ubilabs and Johanna Vulcano.

back to overview
🍪
For the web to work we need cookies. They are short pieces of text that your browser remembers, so that the server can identify that you are the same person as last time. Our server gives cookies to your browser for our booking system Pretix and one for not bothering you with our cookie banner twice (Privacy). We don't track any personal data and won't help anyone show you creepily accurate ads. Promise!