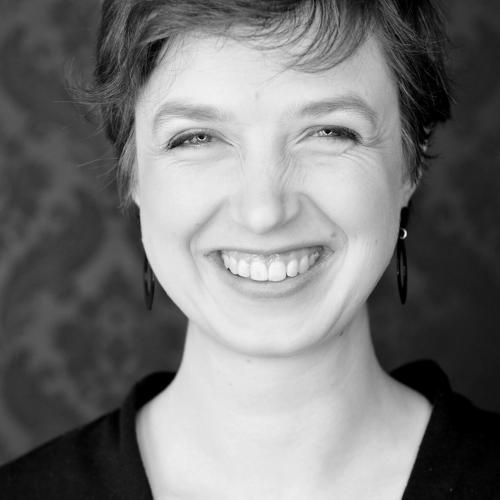 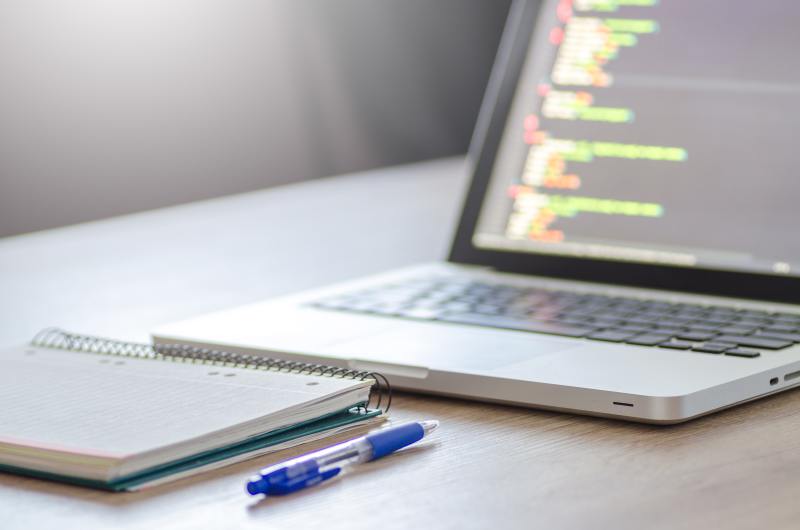 So you want to learn how to code. But what is a good way to start? There are plenty of options: courses, books, games, some even targeted at children. Yes, Children! If a child can do it, how hard can it be, right?

Coding has, in fact, more to do with logical thinking than with math. For learning to code it’s even more of an advantage to have an affinity for languages. Sure, math skills are relevant for some fields of computer science, but more in the academic realm of data science or machine learning. In their day to day work, programmers usually don’t use more than basic arithmetics. Which supports our claim: even a child can learn programming.

Let’s take a look at the most basic coding concepts: variables, data types and operators. For demonstration purposes, we will use JavaScript, because it is a widely used language. However, these concepts apply to any other language as well. For showing you the fundamentals, it wouldn’t matter which language we used here. This characteristic is called language agnostic.

💡 The word ”agnostic” is derived from ancient Greek for “not knowing”. Hence, language agnostic means “not knowing the specific language”.

Here, the irrelevant programming language in our examples is JavaScript.

You can follow the code examples of this article on Replit.com. Replit.com is an online editor and does not require installation. You can also start your own cloud editor by choosing JavaScript in the footer of the homepage. This is what the user interface looks like: 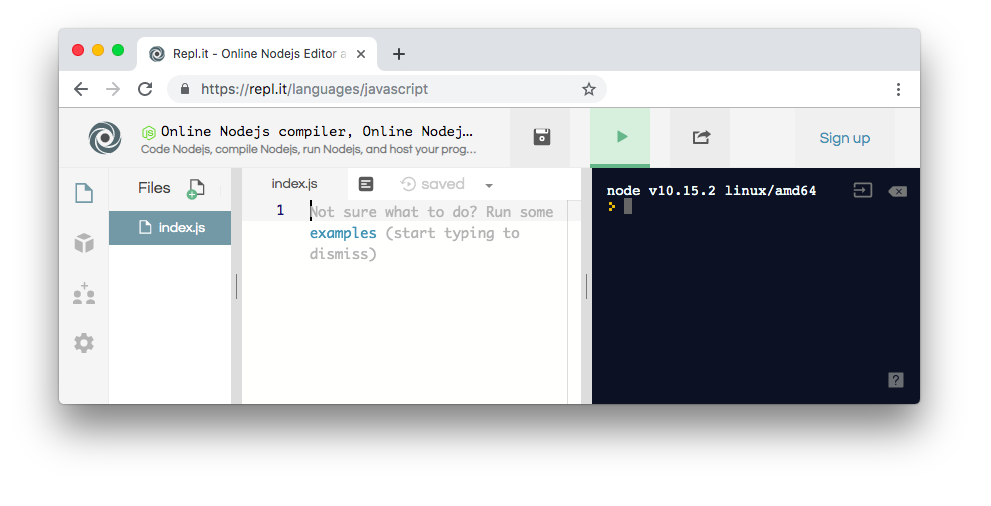 On the left is the input field where we’ll write our JavaScript code. On the right, you’ll see the output. Clicking on the green “run” button at the header’s center will run the program. Try it out by typing the following line into input:

This is what should appear in the output on the right:

If it looks like this, you did it right. You might wonder what this green undefined is, but simply ignore it for now.

After we have tested our replit.com editor with the Hello World program, we now define our first variable:

Running this short command will output Teresa on the right.

You can also join multiple pieces of text together:

In programming languages, texts are called strings. This has to do with a text being a string of characters being put together. A string can have any length, i.e. any number of characters. The content of variable text (Teresa) has a length of 6, because it consists of 6 characters.

String variables can also be joined with other variables:

This is where it gets interesting. You can change the content of the variable myName, which you may have used several times in your code. With this little change in the variable, the name changes throughout your output. Practice by changing the variable’s content in various ways and check what this does to your output.

The keyword var says: this is a new variable we are creating. Then, at console.log you won’t write out var because the variable already exists.

A data type is the type of content of a variable. You already know one: string. A string basically is a text, a string of characters put together.

There are other data types as well. You can, for example, use numbers as variables:

The variable number here has the content 5. Running the command console.log with the variable will show 5.

This sort of number is called integer. Integers can be positive or negative. You can try it with a negative number: put a negative sign - before 5 and run your code.

You can use decimals, too:

In programming this is called a floating point number, or short float.

Previously, you were using the plus + sign to join strings together. You can also use it to join strings with integers or floating point numbers. You will probably easily recognize what the output of this is going to be:

Instead of false you could also write true. Try both and see how this changes the output.

Of course you can also join strings with booleans:

So, why do we have variables? Let’s see what we can do with them, and have a closer look at operators.

Operators are special characters that we can use in programming languages to do certain operations. There are arithmetic operators like plus +, minus -, multiply *, and divide by /. Then, there are also so-called logical operators, which we’ll explain shortly.

By the way, we already used two operators:

The plus sign + is also an operator. But here it is not an arithmetic operator. With strings, + is used as a concatenation operator, which joins several strings or strings and numbers together to form one long string.

With numbers, you use the plus sign + as arithmetic operator. It will add one number to the other. Similarly, you can use the operators minus -, multiply *, divide by /, and modulo %. We will explain what modulo % does in a bit (it does not mean percentage).

The output will be: The sum is 17. The + adds the two integers. In the same way, - subtracts an integer from another. Let’s take our two variables a and b:

This is easy, isn’t it? The output will be: The difference is 7.

For practice, try this with *, multiplication. Of course you need to adjust the sentence to read “The product is “. The correct result should be 60. And what do we get by dividing, /, the two?

The result is 2.4. It has a decimal point, so it’s a float! You can also assign the result of the operation to another variable. We’ll call it “ratio”.

The quotient of a and b is a float, so the variable ratio is of the data type float as well. Operations with floats work in the same way as integers. Try it out by changing variables a and b to floats.

That’s much harder to calculate in your head, and we start to see how doing this with a programming language can be of much help. Computers are much better at arithmetic than humans. Experienced programmers usually leave that to the computer. All they need to know is how to express these calculations in their programming language.

The % sign is called modulo. The modulo operator is a bit special. You use it to calculate the remainder of a division.

In our example, the result is 2. How did we get there? Well, 12 / 5 = 2 with remainder 2. The number 5 fits 2 entire times into 12, and leave 2 not accounted for. The result of the modulo operator is always the remainder. If we changed our variable a to 13, we would get modulo 3.

At some point, you’ll want to create statements which run on conditions. Maybe you have already heard of if-else statements. This is how it works:

The result of a relational operator is either true or false, therefore a boolean. You can save it to a variable as well, which then is of the data type boolean. You will see this if you create a variable comparing a and b:

The output is false. This proves our variable result is of the boolean data type.

You can always use variables to store intermediate results. In the if-statement, you can then use this variable. We could write our beer-soda-example like:

An if-statement can contain an operation (userAge >= 18) or a variable (isOldEnough). If you use a variable in the if-statement, the variable has to be a boolean. Otherwise, it won’t work.

When writing if-else-statements, we can logically concatenate several conditions. Let’s say in our example, we wanted a teenager, 16 and older, to be allowed to drink beer when a parent is with them. We would express it like this:

The else-command is omitted here for better focus. We’ve concatenated the two conditions (userAge >= 16) and (withParentalGuidance) with an AND-operator (&&). In total, there are three logical operators:

The !, you’ve already seen as != (not equal to). AND and OR operators are placed between the two conditions to be concatenated (as shown in our example). It is slightly different with the NOT operator which is placed before the condition to be negated.

With NOT, a statement is logically reversed:

You can concatenate as many conditions as you like. Brackets aren’t always necessary, but they help–especially at the beginning–to better understand the logic.

Let’s further specify our example from before. If someone is older than 18 OR older than 16 AND with a guardian, they get a beer:

Put the other way around:

If we now want to define that 16 and 17 year olds are allowed to drink beer with their parents’ permission, but only up to a maximum of 2 beers, how would we express that? It leads us to an additional statement: else if.

You may write many more else-if-statements than one, but we’ll leave it at that for now.

To practice, try writing a program that has 3 variables and gives an output of the greatest of these three variables. We give you a hint: Within an if you can nest another if into curly brackets:

I prepared the solution to this exercise on replit.com. For any question, join our Slack and ask away. If you have, post a link to your code, so we can help you better.

This has been quite a bit of information! Great job at staying with us! Review the individual operators step by step until you are able to apply them on your own. We will build on this in another post where we’ll discuss loops and functions.

Pictures by Pexels.
back to overview
🍪
For the web to work we need cookies. They are short pieces of text that your browser remembers, so that the server can identify that you are the same person as last time. Our server gives cookies to your browser for our booking system Pretix and one for not bothering you with our cookie banner twice (Privacy). We don't track any personal data and won't help anyone show you creepily accurate ads. Promise!